Broken Hill is an iconic Australian mining city. Its impacts on mining and the development of Australia are immeasurable. That’s why it’s the only entire city to be included in the National Heritage List, an achievement that acknowledges its outstanding value to the nation.

Broken Hill is renowned for its long mining history, rich geology, innovative contribution to technical developments in mining, pioneering occupational health and safety standards, and being an early leader in regenerating the environment in and around mining operations.

The Broken Hill Cobalt Project is proud to be located in an established mining community with such an innovative and credentialed history.

On the shoulder of giants

Broken Hill is behind the rise of some of the world’s largest mining companies, like BHP (Broken Hill Proprietary), Rio Tinto, and Pasminco.

Discovered by boundary rider and prospector Charles Rasp in 1883, Broken Hill contains one of the world’s largest silver, lead, and zinc deposits. The ore seam is known as the Line of Lode and it continues to be mined today. With the average life span of most mines being around 20 years, the continuous operation of more than 130 years in large-scale mining in Broken Hill is unique. 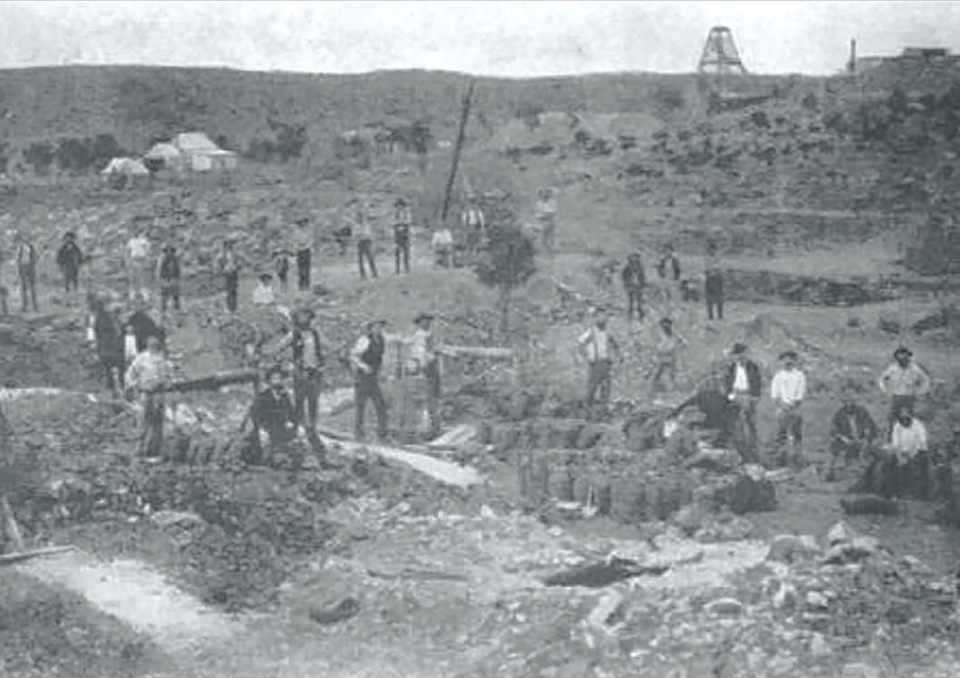 Broken Hill is 935 km north-west of Sydney, 725 km north-west of Melbourne, and 420 km north-east of Adelaide. The isolation has enabled Broken Hill to develop its distinctive characteristics; these are expressed in its architecture, design, landscaping, and the resilience of its community. 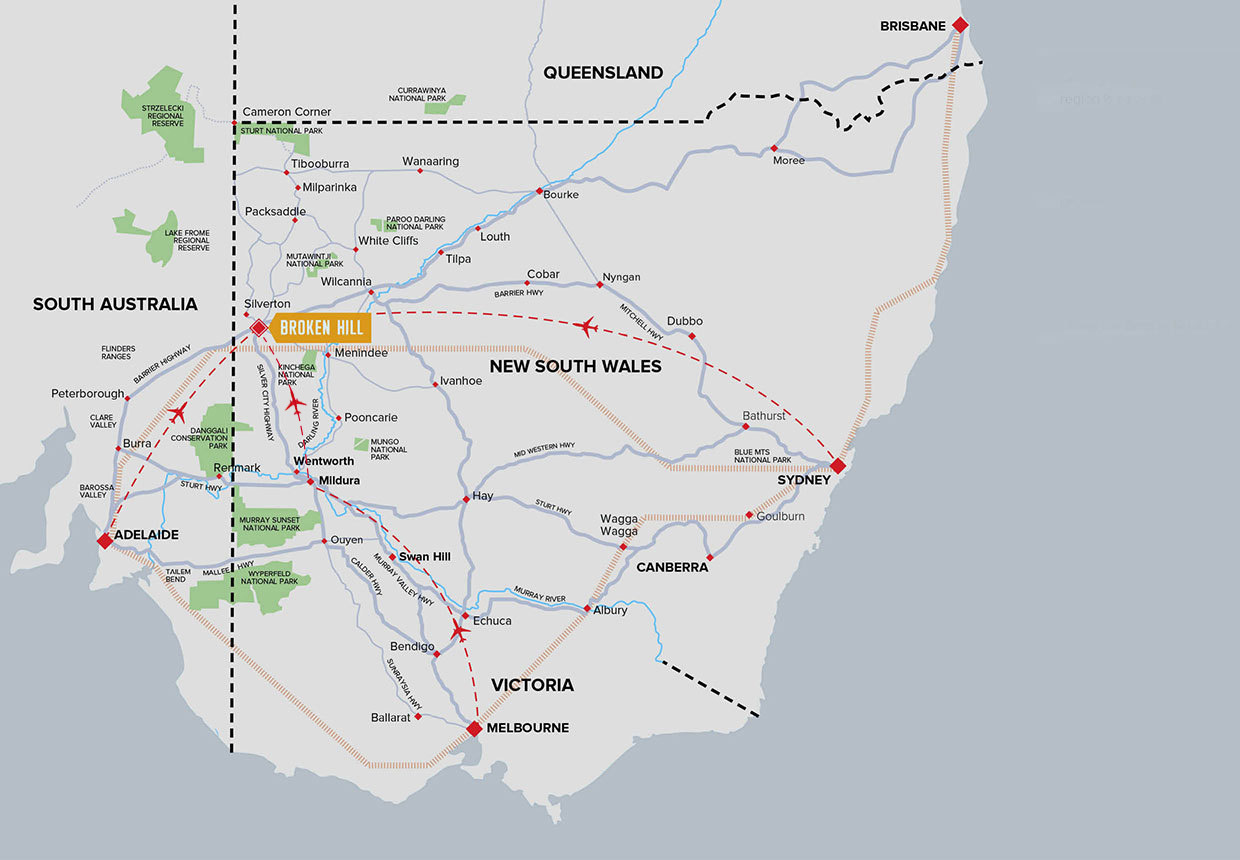 With over 130 years in mining operations, Broken Hill has trained and influenced generations of Australian miners, engineers, managers, and technical staff who have gone on to discover and mine ore deposits around Australia and the world. This expertise has spread far and wide and contributed to the development of many metal, coal mining, engineering, chemical, and manufacturing industries.

Broken Hill has contributed several world-ranking innovative mining and metallurgical practices, which were to benefit later lead and zinc mines. Of note is the development and application of a froth flotation process for separation of mineral ores. This innovation enabled the recovery of lead and zinc from existing mine tailings to expand the life of the mine and provide a lifeline for the continuation of Broken Hill. 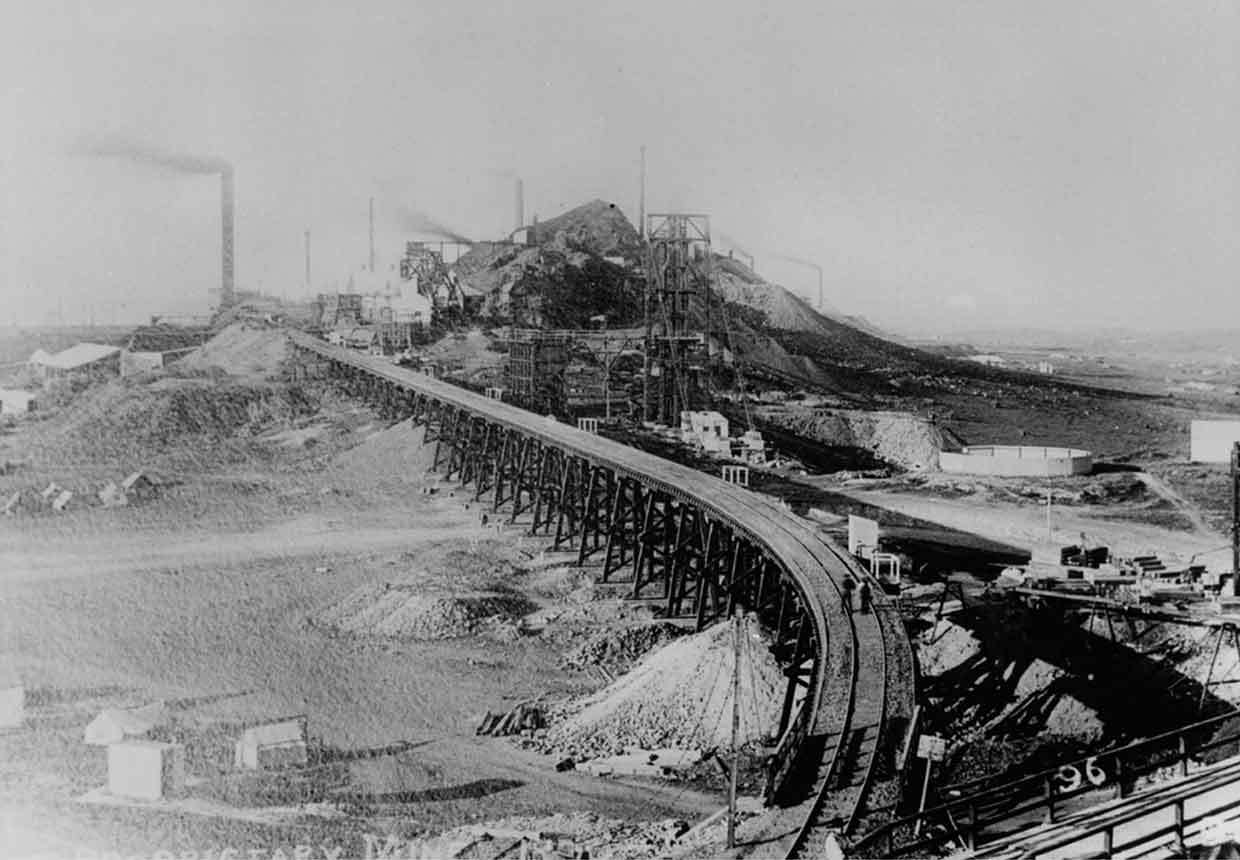 Broken Hill is an exceptional geological area of huge renown. Formed as a result of volcanic activity around 1700 million years ago, it provides a unique window into Earth’s history. In mineralogy, the Broken Hill deposit and its Line of Lode have achieved international recognition as one of the world’s great ‘mineralogical rainforests’ with approximately 300 mineral species. 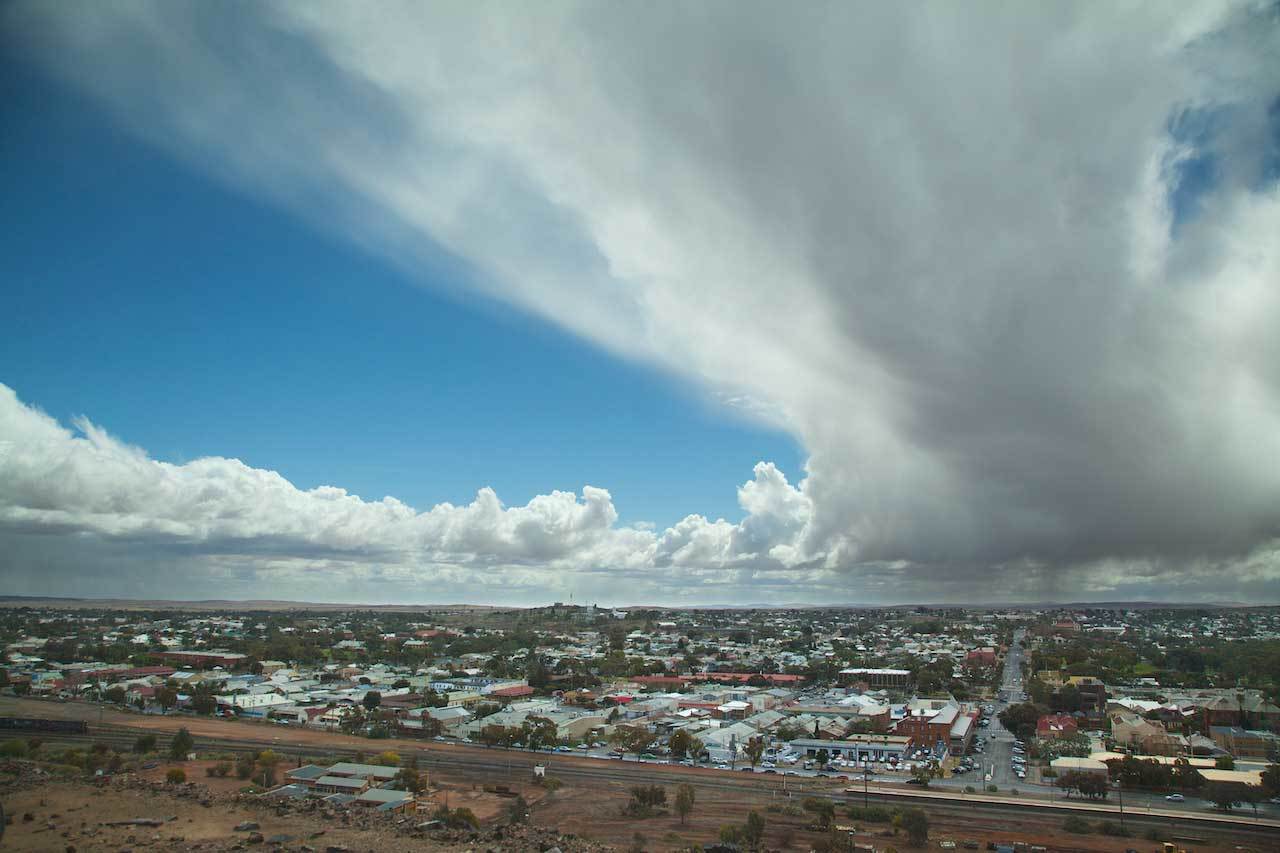 Broken Hill is important as the place where occupational health and safety provision for workers, particularly miners, was developed and where measures were first taken to protect the local community from the environmental impact of mining operations.

Broken Hill’s industrial heritage is exemplified through industrial action during 1919–1920, improving underground work conditions and establishing the 35 hour week, which everyone in Australia now enjoys.

On the environmental front, Broken Hill was an early change-maker. In the 1930s, Broken Hill resident Albert Morris (with support of the Zinc Corporation) began experimenting with fencing and plantings of native species to combat the impact of dust storms. This regeneration approach was subsequently used by mining companies throughout Australia, particularly in arid zones. 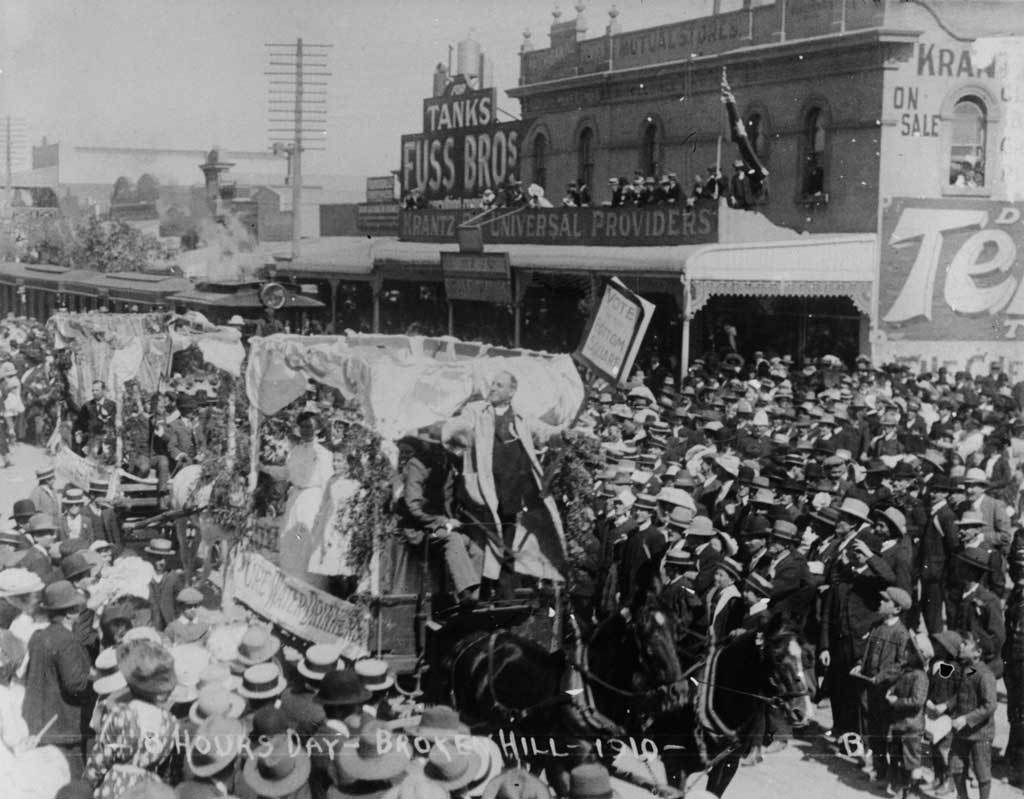 The people of Broken Hill are recognised for their self-reliance and for having a solid connection to their heritage and the surrounding dramatic desert landscape. Within Broken Hill, distinctive mining features and the Line of Lode are ever-present reminders that this city is built on mining.

Broken Hill has come to symbolise the Australian outback through its distinctive aesthetic, history, and culture, which has attracted artists, writers, painters, musicians and poets. It is well known for its artistic community and iconic Australian artists, like Pro Hart. It is also a magnet for film-makers, with its locations and ‘perfect light ‘creating the backdrop to such famous films as Mad Max 2 and Priscilla: Queen of the Desert.

The boom and bust lifecycle of mining is well-known to Broken Hill locals, who have a strong community spirit, proven resilience, and a commitment to seeing their city continue to grow and prosper. 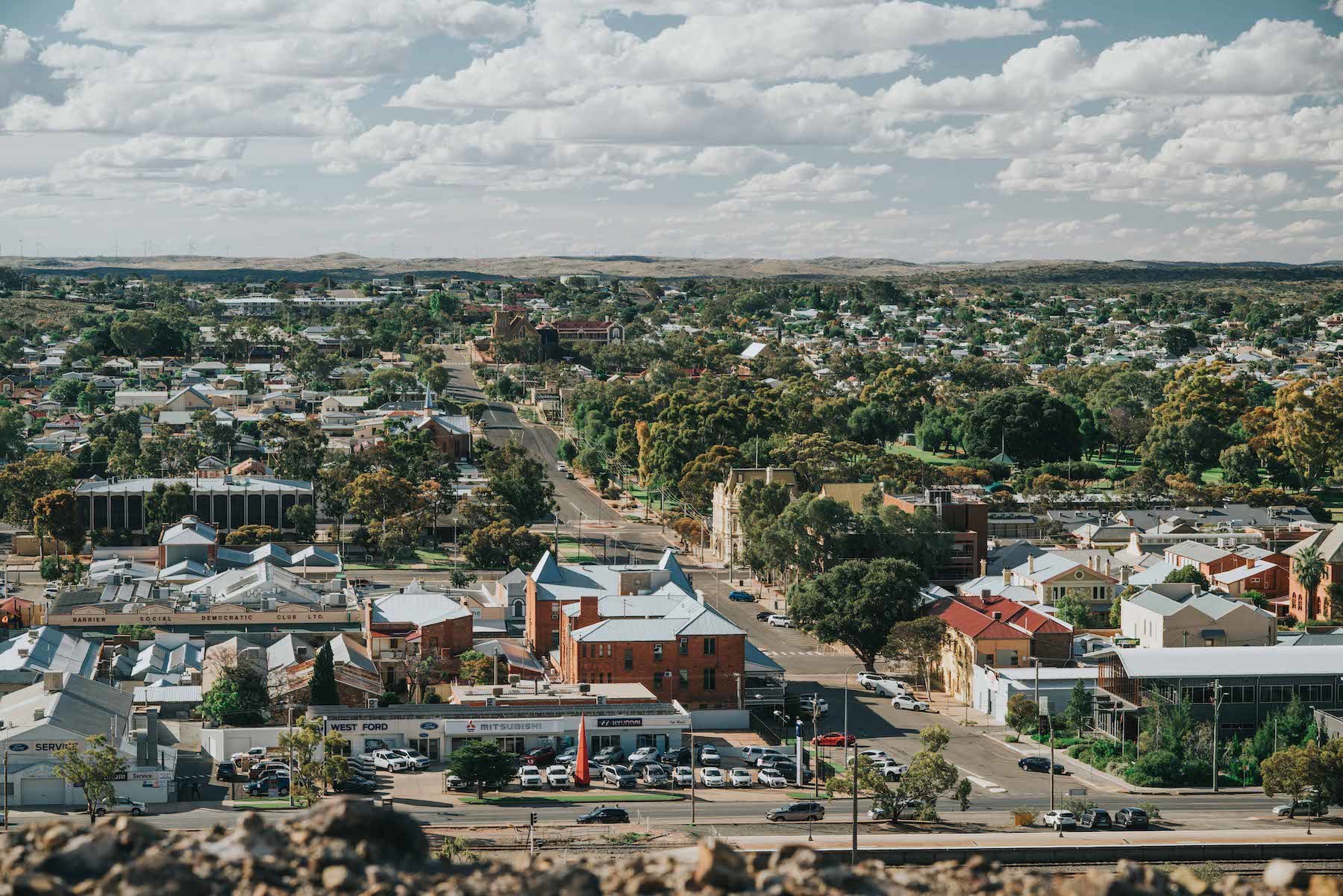 From the outset, the Broken Hill town’s people have shown nothing but full support for the BHCP. And we fully intend to return that support in kind. What’s more, those we can’t recruit from within the community, we want to recruit into the community. This means bringing entire families to Broken Hill – which means new housing, new schooling and new demand for amenities.
Read More

The operation is large-scale. Once at full production, our Broken Hill mine will be equivalent in scale to a top 5 (unethical) African mine. The operation is low-cost. Our process separates over 80% of the waste from the ore at the very first step. This means we refine less than one-fifth of the material brought out of the ground, which is unheard of in cobalt mining.
Read More